Threads are for everyone - And ANY topic

Leo Finance is known around the Hive Blockchain as the place to write about money, finance, economics, budgets, and anything money-related.

That's not entirely true, as I've mentioned in the past, Leo Finance is for everyone as long as the topic at hand is developed with a money-mindset. But so far the idea hasn't stuck in the Hivers' mind, but that's fine, long form blog posts with a money mindset might be something not everyone is interested in, and that's totally fine.

Long form posts are definitely not everyone's favorite thing on the Hive blockchain, and it has been a topic of discussion for years because of the rewards a short post might get, the quality a post with no text but plenty of images, etc. I'm not going to get into that topic, it's been discussed many times before. I'm actually a huge defender of long form posts, writing long ass posts is actually one of my strengths.

But that doesn't mean I don't appreciate the value of short form posts AKA Microblogging, especially if the feature comes wrapped up on the Hive Blockchain and marketed as #Threads by Leo Finance.

The cool parts about #Threads

This is simple: Threads are basically Microblogging engraved on a blockchain, with no censorship, no banning, no thought police, no reward police, no nothing.

But the best part about #Threads

Is that threads can be about anything and everything.

On Hive, if you want to post long form posts in a community you have to blog about a specific topic you want to thrive on said community - like LeoFinance, Feathered Friends or HiveGaming.

On Threads, you can write about whatever topic you think of.

With Threads there are no limits.

You can write about crypto, dogs, your toilet thoughts, or even your toilet achievements (picture included).

Nobody will come and tell you to shut up, and nobody will downvote your post because your autovotes are too high!

Because guess what, there are no autovotes on Threads. You can write about any sort of crap without worrying about your voters and their voting power.

In fact, I dont' know if you noticed but I could turn the 7 paragraphs above into a thread.

Yeah, threads can be about anything you can think about

Just look at these examples: 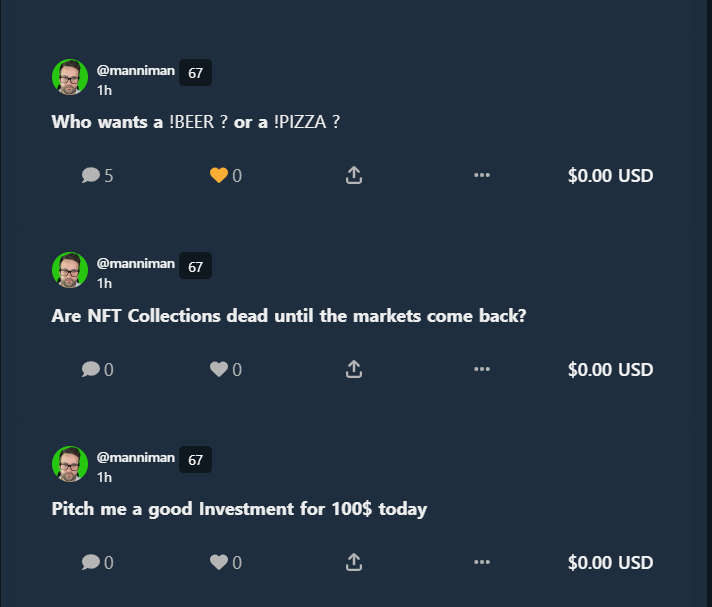 Yeah, you can literally thread about anything you can think of

The cherry on top is that @leogrowth just launched a contest about threads and anyone who doesn't join, they literally don't like having fun while getting a shot at winning some $LEO Tokens...

#Threads have opened up a whole new world in the #hive. This is going to be fun!

HAHAHAHAHAHA I CANNOT WAIT FOR MORE!!!!!

Oh hello Dreemy :) It's great that you find the #threads so so so fun! Let's rock'n roll hahaha

That might be the biggest barrier for people at the moment as we have pretty much trained them on LeoFinance blog posts that it needs to be finance related. However leoThreads are open to all subject matters which is powerful we just need to get the word out there and let the people know

hahahaha seriously was SO fun!!! (and me and the dreemers are #allaboutfun) hahahaa

but i will FOR SURE share out that 5k LEO PRIZE - they will be here and ready to bombard the system with dreemer energy!!!!!!! :)

The Leofinance mobile app does not show any post there, I guess even the mobile app is very much overwhelmed by the network traffic it is getting huh? 😅

okay this is actually pretty cool!

Thanks for clarifying that. I talked about shochu and whisky in my first thread... then wondered if I hadn't strayed off topic! LOL!

Thanks for the mention 😀

Loving #threads it is the bomb.

It is one thing #Hive needed.

@anomadsoul! You Are Alive so I just staked 0.1 $ALIVE to your account on behalf of @bradleyarrow. (4/20)

The tip has been paid for by the We Are Alive Tribe through the earnings on @alive.chat, feel free to swing by our daily chat any time you want.

Because this is such an awesome post, here is a BBH Tip for you.

. Keep up the fantastic work

time to check out threads!

so, in short, Twitter can suck a dick, because they don't have the monopoly over microblogging that they think they do. And there's no gatekeeper or Censors here :) Kudos Leo Team! Kudos. I have been looking for an actual replacement for Twitter, and this looks incredibly promising!